Sakinaw Lake on the Sunshine Coast of British Columbia is a permanently stratified, or meromictic lake that hosts a high proportion of uncultivated microbial dark matter (MDM) lineages implicated in methane cycling processes. By studying MDM in the Sakinaw Lake water column we hope to uncover ecological design principles driving distributed metabolism under low energy conditions that can be applied to the development of anaerobic digestion processes for renewable biogas production.

Sakinaw Lake was formed nearly 11,000 years ago at the end of the last ice age by a coastal uplifting event that isolated a fjord from the Strait of Georgia. For thousands of years, a small stream named Sakinaw Creek was the only conduit between Sakinaw Lake and the connecting ocean. In 1952, Sakinaw Creek was dammed to better manage water levels for development projects in the surrounding watershed preventing seawater ingress. The lake consists of two basins: a relatively shallow freshwater basin 49 m deep and a more extensive salt stratified basin 140 m deep. Vertical profiles of the water column have revealed stable gradients in oxygen, temperature, terminal electron acceptors, and other inorganic molecules (e.g., hydrogen sulfide). Importantly, methane concentrations increase below 33 m until saturation conditions at 45 m. Although the source of organic matter remains to be constrained, it appears that the anoxic, saline zone of the lake produces massive amounts of biogenic methane analogous to Lake Kivu in Africa.

Microbial community structure along these gradients follows patterns similar to those of other meromictic lakes, including sulfate-reducing bacteria at the top of a pronounced sulfate-methane transition zone and a steady increase in the relative abundance of Chloroflexi with depth. Uniquely, however, in the upper portion of the transition zone between the fresh and saline basins in Sakinaw Lake (36 m), the abundance of microbial dark matter lineages, including uncharacterized populations of Archaea, increases dramatically to encompass nearly half of marker gene sequences. Thus, the magnitude of uncharacterized microbial populations in Sakinaw lake provides an opportunity to chart the metabolic properties and potential interactions of many uncultivated lineages in a relatively accessible manner. 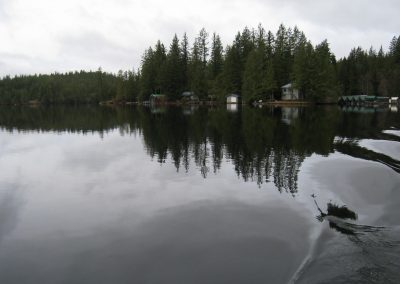 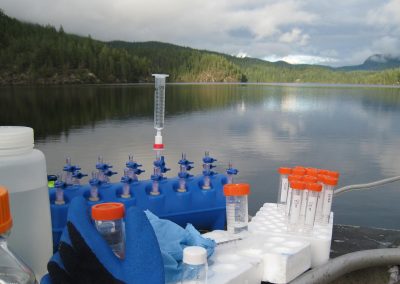 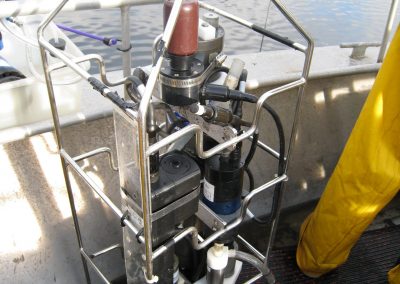 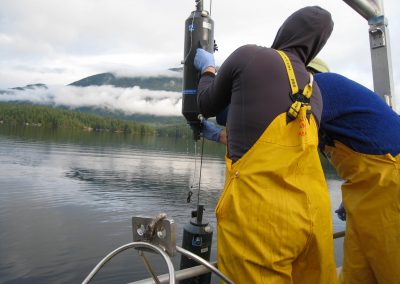 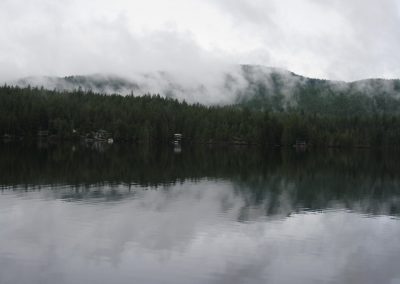 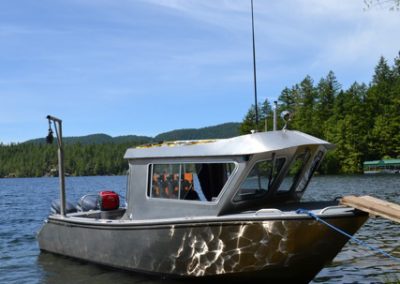